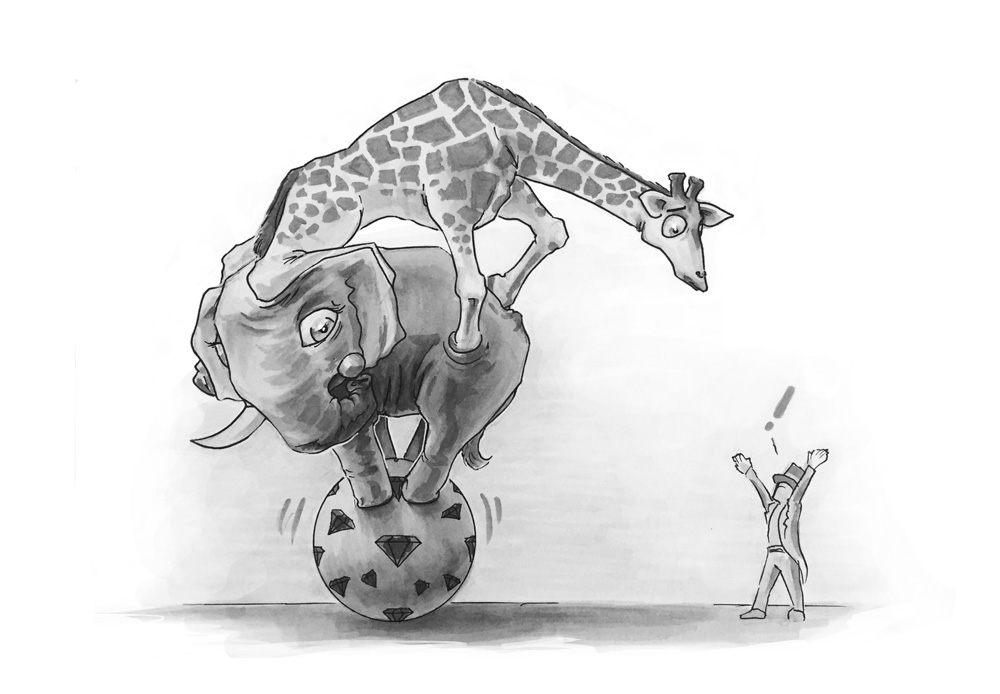 Dependence on a shared gem: one of the downsides of a multi-app architecture.

18 months ago, we wanted to improve our site’s stability and scalability, so we re-architected a monolithic Rails app into two separate Rails apps that communicated through a shared database.

One app was a CMS for our Editorial team, and the other was our WWW app presenting content to our readers. These apps used a gem to share code for the models they both depended on (things like a story model, a writer model, etc.). We got some great wins from that redesign:

We still wanted to be able to scale and deploy our apps separately, but we discovered a new requirement: We also wanted to share code between these two apps in such a way that our development process would be streamlined and our apps’ dependencies would be testable in a single suite.

We launched our Rails Engine Architecture a little over a month ago, and since then, it has given us flexible deployment of our separate apps but with a more convenient development process. The gem that was housing our shared code is now an engine that we always load, and our CMS and WWW apps are two engines that we can load together (in local development, for example) or individually (on production machines). 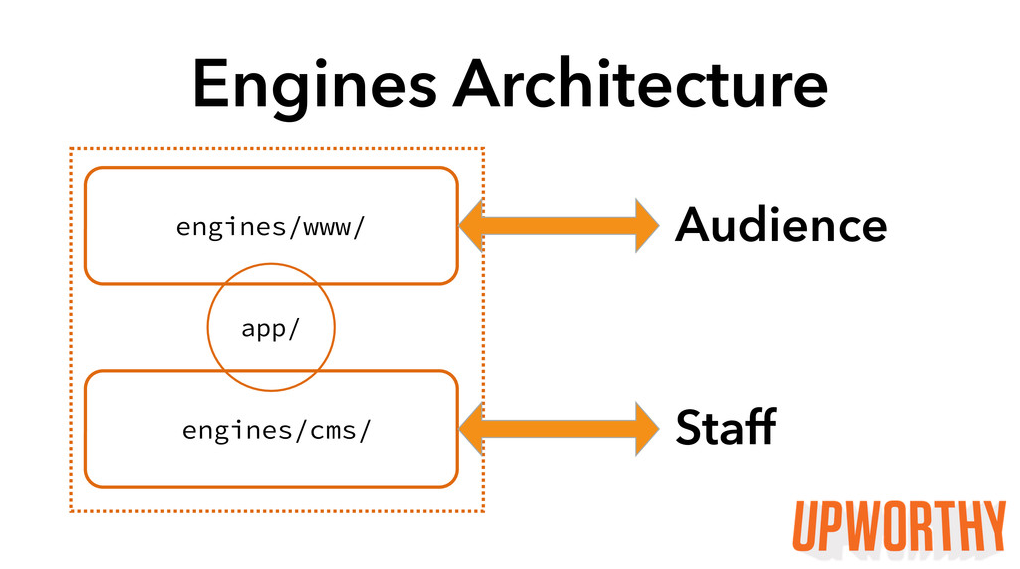 We drew heavily from TaskRabbit’s excellent blog post and sample app. In fact, we followed a very similar trajectory to theirs. We especially liked their BootInquirer model, which handles loading and mounting engines based on environment variables. Like them, we also chose to keep all of our tests in the top-level spec directory.

We took the following steps to migrate our code:

We encountered a few particularities in our implementation that might be useful to others:

If you’re deploying to Heroku, you’ll probably want to have conditional logic in your Procfile to configure your dynos differently depending on which engine or engines you are mounting.

And you can put your conditional logic in your script/launch-resque-worker file like so:

The Rails asset pipelines in our two main apps diverged during their 18 months apart. We introduced Browserify-Rails to our WWW app while our CMS app remained on Sprockets-CommonJS. We use the following configurations to keep Browserify’s effects local to a single engine. Inside that engine’s engine.rb file, we added the following configs:

The scripts fields call the relevant npm commands within the engine that is actually using Browserify-Rails. We have a second package.json in the engines/www directory that contains the engine’s dependencies.

In our next design iteration, it’s likely that we’ll extract our front-end assets from Rails entirely and let our Rails app function as an API layer.

We’re also interested in ways we can extract API services from our current apps into their own simpler engines inside our container. We look forward to sharing our future iterations with you!